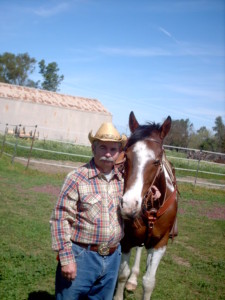 As for who Raymond Cook is, well, I’m a 65-year-old disabled veteran. In 1972, at the age of 19, I enlisted in the marine Corp. My plan was to        retire. But fate has a way of changing our destiny. In 1974 on my way back to my base, a drunk       driver hit me head-on going 80, and my life was forever changed. Those were my darkest days. Eventually in 1983 I enrolled in college and took a creative writing class as an elective. At that point I had no interest at all in becoming a writer or    author. In truth, how many people have taken a writing course in high school or college and      believed one day they would write a book?

Little did I realize what a profound Impact that class and my instructor, Mr. Art Wicks would have on my future. Between 1983 and 2010 I wrote my poetry and short        stories, but refused to believe that one day I could set down and pen thousands of words, put a title to what would one day be considered a book. In 2003, I wrote a 5-page western romance story I simply called, A Western Romance Story. It was only meant to be a short story. Each year though I would add a few pages to the story     because I liked the story plot and characters. In 2011 while wanting to add 10 more pages to what was now a 50-page story, something happened and it became my first novel called Was It Fate Or Destiny?

The Railway Children Chronicles is the 2nd orphan story I’ve written in 2018.

I recently learned that Arthur William David Wicks, my college professor who taught Creative Writing to me in 1983 recently died on Nov. 10, 2013. It is a great loss to the world because he truly touched the lives of his students, me in particular. Without his guidance, encouragement and inspiration, none of my eBooks or poetry would have been written.

An author’s goal is to not just entertain a reader but to try to touch the reader’s     emotions, too. After all, that’s the entire purpose of reading a book, to enjoy what you’ve read.

Since my first eBook in 2011, Was It Fate Or Destiny? I’ve written 30 more western frontier eBooks totaling 7,500 pages. If someone had told me in 2011, I would write this many books, I wouldn’t have believed them. I hope The Railway Children        Chronicles will become your favorite.

~~My advice to anyone who wants to write a book but thinks they can’t, stop saying, “I can’t” and take a ‘creative writing course’ like I did back in 1983.~~

If you would like to send me an e-mail, please send it to my primary author website e-mail address below. I’ll be happy to answer any questions you may have.